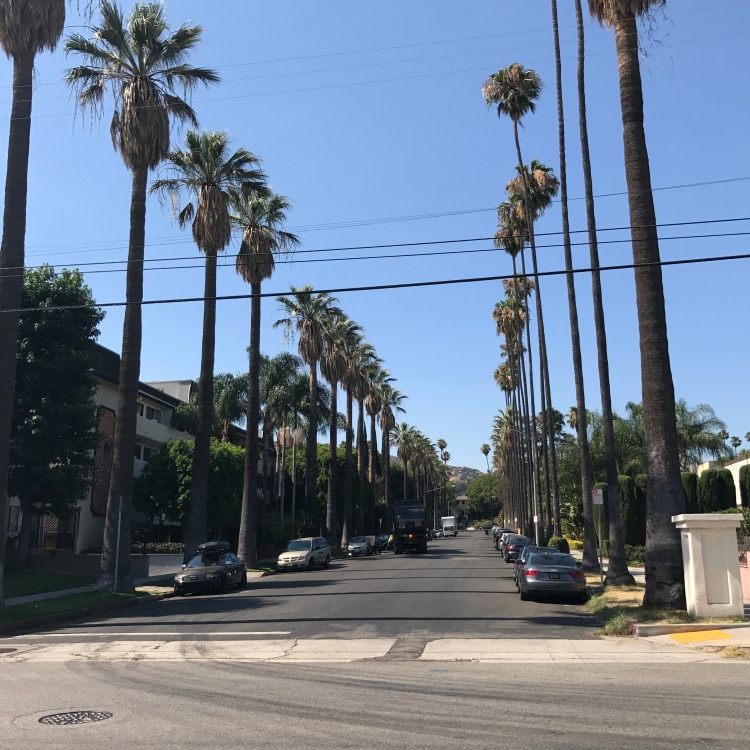 Well guys, it’s officially been a week–actually, more like 11 days because I’m a procrastinator and am just now sitting down long enough to write–since I left good ol’ North Carolina and moved to LA! Never in my wildest dreams did I think that I would become an LA girl. I kid you not, growing up, I never even considered the possibility of moving to California, or any other picturesque, ideal place that many big dreamers, like myself, dreamed of as a child. Regardless of whether I ever saw myself living here or not, here I am!

In the weeks leading up to my big move, the reality definitely had not settled in yet (I’m still not sure that it has for me!). I was extremely busy preparing for it by finding a place to live, getting documents in order for school, and dealing with last minute affairs at home, like pesky speeding tickets -___-. When I finally did talk to my friends about my move, everyone kept on warning me about what to expect when I got here like: how the people are different, how the streets/driving are different, and how the big city lifestyle in general is different from my calm upbringing in suburbia. My mind was clouded with so much cautionary advice that I wasn’t quite sure what to expect upon arrival.

Well, now that it’s been a week **11 days**, here are some of the things I can confidently report back to you about my observations switching coasts:

1) You know the saying, “it never rains in Southern California”? Well, it’s pretty much true (from what I’ve heard), BUT I was totally thrown off on my first morning here when I opened my eyes at 7am and was greeted by gray clouds. The sky was pretty overcast, and I began to wonder if my first day of exploration would be tinted with gray and maybe even a summer storm. Miraculously, as I bustled around my apartment for a couple hours getting ready and sorting things out, I looked out the window again and was greeted by the smiling sun! That same phenomenon repeated itself everyday for the next several days and really had me questioning the science behind it. After asking around, the answer I gathered was “June Gloom”. Essentially, in the late spring, early summer months (May-July), there is a marine layer effect (low hanging stratus clouds) that come off the cool water and carry over onto the coastal regions of Southern California. Like I observed, it usually disappears by mid-morning to early afternoon. Cool science moment, right?!

2) Everyone kept telling me to watch my back in LA because the people wouldn’t be nearly as friendly as the people of North Carolina. Well, I’m here to say: BULLOCKS! The kindness of the people here (so far) supersedes the kindness of anyone I’ve ever met in NC. Despite the expectations of southern hospitality, people are actually quite rude back home, and favor politeness and political correctness over true, genuine acts of kindness. However, as soon as my plane touched down in LAX, there wasn’t a single passerby who didn’t offer my assistance of some sort. Every single person who I cross in the street flashes me genuine smiles, and many whom I pass ask me how I’m doing and wish me a good day. Many people upon hearing I’m a new transplant immediately offer to show me around and offer their assistance in the event that I may need anything. It’s all been extremely humbling and worth noting that the people of LA should definitely get more credit–many of them are nice people!

3) You know how in everyone’s house growing up, there was always that one kitchen drawer filled with plastic grocery bags that we would reuse for school lunches, traveling, trash can liners, and whatever other magical use we could come up with for those things? If you’re thinking of moving to LA (or to be fair, any other big city), say goodbye to the convenience of that drawer of goods. Stores do NOT give out free grocery bags here. You have to buy them for 10 cents each usually, and they’re all brown paper bags because everyone here cares about the environment. ALSO, you’d think they would only be on this environmental kick at grocery stores, right? Wrong. You have to bring your own bags to shop at department stores too!! Nothing blew my mind more than buying all these home goods at Marshalls, and then having the lady slide all my things back over to me across the counter with my receipt and telling me to have a good day. Imagine how weird it was for me walking out of the store carrying open items in my arms…welcome to LA?

4) Ok, so obviously, bigger city=higher crime rate. I wasn’t sure what to expect coming here, but let’s just say that despite hearing sirens whizzing past my window around the clock, I feel almost abnormally safe here. Not only does my building have 24-hour security who take their job very seriously, but as I mentioned in bullet number 2, people are so nice here. I haven’t felt unsafe or more in danger than I would in any other place. In fact, living in LA feels safer in my opinion because people are always out and about at all hours of the night, so it never feels like I’m alone in the streets. Another plus is that people truly mind their business here; even the homeless. Aside the occasional beggar, the homeless are very calm, and often times don’t look up when you pass by. I can only speak for my area because I live in Hollywood. I’ve heard from the locals here that in other areas, mainly downtown, they can get kind of rowdy, but that has not been my personal experience yet.

5) UBER POOL!! This one is awesome, and like bullet number 3, is not exclusive to just LA. Other big cities across the US have this too, but I’m still obsessed with it. Don’t get me wrong, I was always Uber queen from the moment it gained popularity in NC around my junior year of college in 2014, but smaller markets like Charlotte and Raleigh didn’t have the option to “pool” with other Uber riders because people in smaller cities are less likely to feel comfortable riding with strangers than their counterparts in larger ones. Since I’ve arrived in LA, I walk almost EVERYWHERE. But sometimes, after walking 3 miles to get somewhere under the relentless Los Angeles sun, you just want to an easy ride back home. That’s where Uber pool comes into play. For just $3-7, you’re at your next destination! And regardless of whether your driver ends up picking up another passenger, the rate you booked your Uber for is still honored. Sweet!

So in efforts to not make this blog post super long, I’ll close out my list here. These five points are just a few of the observations I’ve made after being a Los Angeleno for the past almost two weeks! It’s been great, and I can’t wait to continue exploring my beautiful new home. I hope you guys enjoyed this blog post! See you next week!